Talent trends in 2023: What to expect

Talent trends in 2023: What to expect 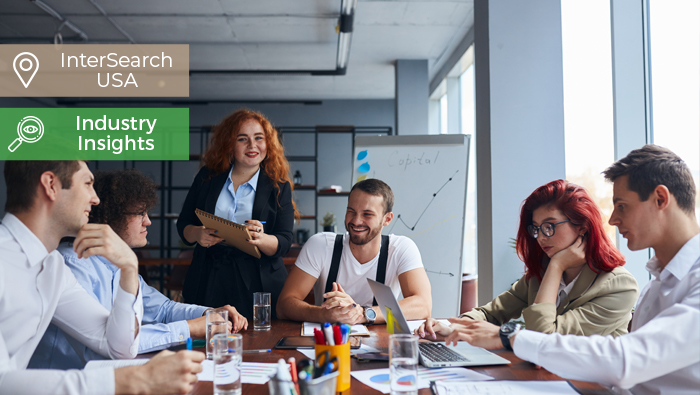 2022 was another trendsetting year in the workplace, and there’s still a lot in motion as we head into the new one. Below, Derek Gracey of Charles Aris – US partner of InterSearch highlighted four key talent trends we expect to see in 2023.

It might seem hard to believe, but candidate compensation expectations continue to rise, and we don’t expect that to stop any time soon. There are certainly nuances around this depending on the industry and job function, but we expect human capital compensation data to continue reflecting higher figures this year. What’s driving this? There are a few factors at play. This is in part due to the continued rise of the human capital function that we’ve been noticing for several years. It’s also due to the human capital function historically lagging behind its peer functions and trying to play catch-up. HR leaders and their teams are adding significant value to their organizations, so to attract and retain top-notch talent leaders, companies will have to continue paying more.

We’ve already seen significant layoffs in recent months, specifically with tech companies, and we expect this to continue – at least in the first half of the year. Some of these companies are claiming to have over-hired amidst the mad dash for talent coming out of the pandemic, while others are chalking it up to slowing business projections. While some industries are more prone to these reductions in force than others, manufacturing and industrial services businesses seem to be relatively unaffected. We also anticipate smaller-scale reorganization efforts as companies continue to focus on having the right organizational structure – whether that means elevating and increasing the talent acquisition team or decentralizing part of a corporate function to be better aligned with the business. Remember, reorganization isn’t always a bad thing.

We expect recruiting efforts and trends to be nothing short of a rollercoaster this year. Some companies have already started slowing down or pausing their hiring efforts, while others are going full steam ahead. This is partly due to uncertainty about market conditions and a looming recession, but we think the lessons learned from the past two years are also a big factor in how companies are hiring. We expect there to be highs and lows, ups and downs, and accordion-like processes with a mix of lightning-fast interviews and pauses altogether. Another important trend to keep an eye on is the hiring of former employees. We saw an increase in boomerang hiring during the pandemic, but more and more individuals are continuing to leave their current employer and return to their former one. Perhaps during the Great Resignation candidates made hasty decisions and have since realized that the grass may not be as green as they expected, or perhaps the former employers have improved upon their areas for development thus further increasing the employee value proposition for a returning employee. Regardless, it will be interesting to see how that pans out throughout the year.

The post Talent trends in 2023: What to expect appeared first on InterSearch - A worldwide organization of executive search firms.